Join us on this adventure!

In these modern days of social media and internet communication it can be tough and lonely at times to be a christian, especially so as a youngster.

In response to this we are starting The “Christianity Through Hoops” basketball program in 2020. Through this program we intend to bring kids from christian backgrounds and denominations together through the sport of basketball. we are not doing this to push religious dogma upon them, but to let them realize that they are not alone, to allow them to create new friendships and bonds, to receive wonderful training and development in the sport and to do all this in a positive environment.

In American sports it common for teams and coaches to say the Lord’s prayer or a team prayer for example before and after games. Something as simple as this will be a feature of the program to encourage our kids to embrace their faith not just at home, not just at school at church, but as Jesus himself did, in the wider community. The program will be open to all players and their families, including non-christian ones who may not share our faith but are attracted to the principles of the teachings of Christ.

We will be looking to provide opportunities to both boys and girls both from primary and secondary schools.

For those fearing constant Dogma being bombarded upon their kids, let us allay your fears this is not what our club will be about, it’s goal is to simply give families and kids of similar beliefs a great environment for their children to thrive in with other like minded kids and adults. From that environment conversations about faith etc will naturally happen.

I chose the Templars as the club’s mascot for a number of reasons. Firstly for the kids how cool is it to be a noble knight!

On a deeper historical level the Templars were originally founded to protect christian pilgrims travelling to and from Jerusalem and the holy lands during the Crusades. They then evolved to become an elite fighting force in the crusades and know as Warriors for Christ. Through this program we want to influence our youth to look out for each other and to be warriors for Christ, obviously not in battle or a war but in the way they live their lives and carry themselves on the court while building the courage and strength to embrace their faith and ultimately defend and celebrate Jesus and his gospels. so to me the Templars were a natural choice in these modern times.

The Knight Templars also had an honor code which I believe young people of today should be taught about to combat many of the insidious elements within our society that they being exposed . The code is –

The Chivalric Code of Honor

We believe that these are fantastic values to instill into any youngster within our community whatever their faith. Sadly we see on an ongoing basis that many of these values keep being eroded and attacked in our modern society. Through our “Christianity through Hoops” program we hope that by making our players aware of this code, that we may be able to play a part in restoring these virtues into the forefront of the wider communities conscience.

This is another reason I have chosen the Templars as our programs mascot.

Through forming teams and abiding by this code of honour, our players will enjoy their teammates their, team, their sport and through the way they carry themselves on and off the court they will be setting an example to the wider community without even realizing it. When they do so they will become aware of their strength through each other, the strength of their faith and the strength of the Christian message.

All of this through playing basketball! 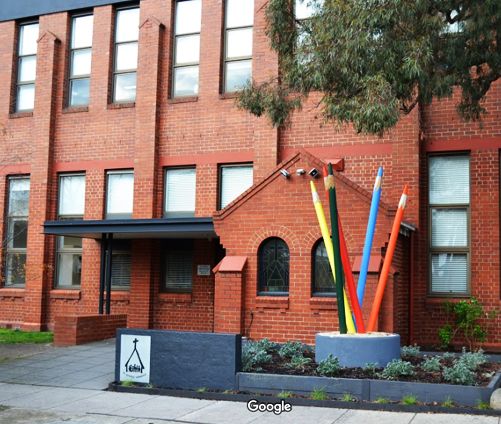 We believe this will just be the beginning and when the BMBA Templars is properly established we will be able to cater for other sports, conduct our own competitions and ultimately mange our own venues. At that point those venues will be outfitted to reinforce our values and our christian message. If you would like a simple way to help us in embracing those values and spreading that message while giving your son or daughter the opportunity to enjoy their sport, their team and teammates while building their faith at the same time, then have them registered today!

Schools and Parishes - Can you help?

To successfully launch and establish this program we need assistance from both christian Parishes and Schools, both primary and secondary. If you belong to one of these organisations you could assist by: –

Naturally we would look to pay for things such as copying or venue hire or the like from club funds as we accumulate them. All we ask is that while we are promoting the program through your school/parish and running things such as clinics for no cost for example, that there is no fee charged during this time.
We would love to come out to your school or parish to discuss the program, how you can support us and what we can do for you. We will certainly be contacting you, but if you would like to initiate things then please send me an email by clicking the button below
> CLICK HERE TO SEND ME AN EMAIL TO DISCUSS THIS PROGRAM

Do you want to register your child?

If you would like a simple way to help us in embracing those values and spreading that message while giving your son or daughter the opportunity to enjoy their sport, their team and teammates while building their faith at the same time, then have them registered today by clicking the button below!

Would you like to follow our progress and keep up to date with news and events surrounding the program then subscriber  today by clicking the button below!

CHECK OUT THESE VIDEOS

As you can see from the videos below, unlike in Australia, in the USA many junior sports team join in prayer before their games even using them in their pre-game motivation while also praying for their opponents and to honor their code. This is done in the states before and after game and in some instances even in training. I think this is an extremely healthy thing to do and develops an environment where youngsters and adults are stengthened through prayer and each other and are reminded what really is important in life. If we are successful in this endeavour and we can have our teams engage in something similar to this imagaine the impact on others!

Our goal is to love our sport, our faith and each other. Come along and join us!